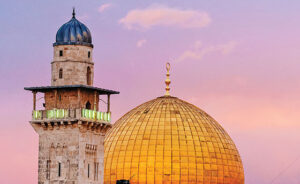 Recently, 72 states and organizations met in Paris to repudiate Security Council Resolution 2334 (“UNSCR 2334”) – just three weeks after it was passed on December 23, 2016.

UNSCR 2334 had reiterated the Security Council’s:

“vision of a region where two democratic States, Israel and Palestine, live side by side in peace within secure and recognized borders.”

“that a negotiated solution with two states, Israel and Palestine, living side by side in peace and security, is the only way to achieve enduring peace.”

The word “democratic” was in fact omitted in the Paris announcement in nine places—signalling that Paris did not accept the definitive terms of the “two-state solution” proposed by the Security Council.

The Paris announcement deliberately sought to mislead and deceive what UNSCR 2334 had actually stated—declaring the Participants:

“welcomed international efforts to advance Middle East peace, including the adoption of United Nations Security Council resolution 2334 on 23 December 2016 which … called on both sides to take steps to advance the two-state solution on the ground;…

– blatantly failing to identify that it was the “two democratic states solution” that was envisioned in UNSCR 2334.

Paris went even further in attempting to gloss over the obligation for any Palestinian State to be democratic—the announcement noting:

“the importance of addressing the dire humanitarian and security situation in the Gaza Strip and called for swift steps to improve the situation.”

No mention about addressing the absence of democracy in Gaza – where Hamas has denied the Arab population any elections for the last 10 years.

Paris omitted any reference to the only framework within which Israel and the PLO have been negotiating during the last 13 years—the 2003 Bush Roadmap—which clearly states:

“A settlement, negotiated between the parties, will result in the emergence of an independent, democratic, and viable Palestinian state living side by side in peace and security with Israel and its other neighbors.”

However one Quartet recommendation states:

“Gaza and the West Bank should be reunified under a single, legitimate and democratic Palestinian authority on the basis of the PLO platform and Quartet principles and the rule of law, including control over all armed personnel and weapons in accordance with existing agreements.”

Israel should now not fall into the trap of negotiating with any entity not already democratically elected and functioning in Areas “A” and “B” of the West Bank and Gaza—nor rely on any promises of democracy emerging there in the future.

Paris has managed to bury the “two democratic states solution” in just 24 hours.

The Roadmap and UNSCR 2334 have received the last rites.

Perhaps the Security Council and the Paris participants should now consider the “two-state solution” first envisaged in 1922:

One Jewish State—Israel—and one Arab State—Jordan—in the territory covered by the Mandate for Palestine.

This territorial subdivision has already happened in 95 percent of the Mandate territory. It can happen very quickly in the remaining 5 percent.

In fact, it only involves redrawing the existing international boundary between Israel and Jordan—two states already living side by side in peace within secure and recognised borders.

David Singer is a contributing writer to Jlife Magazine.