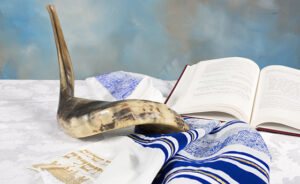 The period beginning on Rosh Hashanah and ending on Yom Kippur is known as “The Ten Days of Repentance.” Rabbis will often approach the topic by asking the following question: Why is it so hard to repent? For the great Rabbi Nachman of Bratslav (1772–1810), founder of the Breslov hassidic movement and a key spiritual influence upon contemporary Israeli society, repentance is difficult because we believe that we have been crushed by iniquity, that we have sunk so low that there is no point in trying to repent because no redemptive light can be seen from our long dark tunnel of sin. To this Rabbi Nachman says, in an oft quoted phrase (which has been put to music in a popular song) ein shum ye’ush ba’olam clal, there is no despair in this world. According to Rabbi Nachman, however low one has sunk, one must not despair of pulling oneself out through repentance.
Somewhat similar to Rabbi Nachman’s position on the problem of repentance, is the teaching of my friend Rabbi Lior Engelman, for whom “the quest for perfection is the enemy of repentance.” According to Rabbi Engelman, a feeling of “all or nothing” when it comes to religious observance prevents a person from gradually repenting of their sins. Rabbi Engelman relies here on the words of Israel’s first Chief Rabbi, Abraham Isaac Kook (1865-1935), who wrote: “One should not delay repentance because of any spiritual or (a fortiori) physical reason, and even if he is unrepentant of a few areas for which there is no excuse, at any rate he should repent with happiness from all that he is able.”
I’m afraid that the words of the rabbis whom I quoted above do not ring true to me concerning “the enemy of repentance.” Rather than feel that there is too much for which to repent, I feel that there is not enough of which to repent. Judaism teaches us that there are two kinds of commandments: those regulating behavior between human beings, and those pertaining to our relationship with G-d. It has grown difficult for me to think as sinful violations of the Sabbath and of the dietary laws (examples of commandments between human beings and G-d). In a world where the most appropriate answer to the deaths of millions of Jews is silence, how can we yet say that we know that G-d commands us to abstain from automotive transportation on the Sabbath and from shellfish?
The Reform Movement was way ahead of the curve on this one. Already in the mid-19th century, Reform Judaism had divorced itself from Jewish law (halakha) and said that it was up to the individual person, based on their education and commitment, to decide what particular religious rituals to adopt in their lives. In a certain sense, therefore, a century and a half ago Reform declared what many in our post-Holocaust world feel: There are no sins concerning the traditional commandments between human beings and G-d, there are only sins concerning the commandments between human beings and human beings.
The scandal (in its biblical meaning of “stumbling block”) of the High Holidays is that the sins for which these days atone are precisely and exclusively the sins concerning the “human beings and G-d” commandments. You are supposed to come into Kol Nidre with a clean slate concerning your human relationships and if need be humble yourself by asking forgiveness from your intolerable neighbor. One answer, for those who are faith challenged, is to remember that in sinning in your human relationships you also sinned against G-d, and while you might have addressed the human aspect of the problem, the Day of Atonement allows you to repair the damage you caused in your relationship with G-d.
Shana Tova!

TEDDY WEINBERGER is director of development for a consulting company called Meaningful. He made aliyah with his family in 1997 from miami, where he was an assistant professor of religous studies. Teddy and his wife, sarah jane ross, have five children.