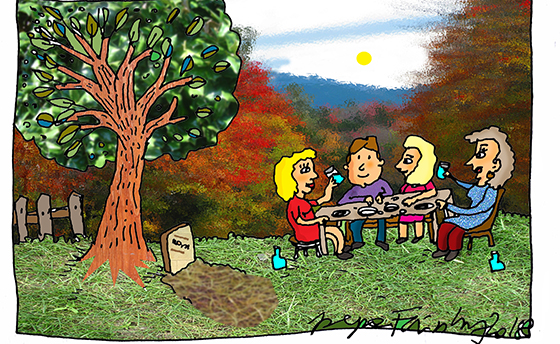 THE JEWISH AGENCY of Boston matched me with a Russian immigrant family after the collapse of the Iron Curtain. The father, Leonid, had been a nuclear physicist in Moscow. His non-Jewish wife, Larissa, was an accountant but in those early American days, she sewed for a tailor in Boston’s North End.

Their only child, eight year old Ariola, was already reading English and chatting with neighbors in an accented, staccato voice. With large eyes and bowl-shaped haircut, she was a whirlwind of movement, laughter, song and out-loud dreaming. The Yushkins lived in a large, one-bedroom apartment where Ariola got the bedroom while her parents shared a twin mattress on the living room floor. Two folding chairs and a kitchen table completed the home furnishings.

The Yushkins learned at home because Leonid was very ill. My memory is not reliable but I recall that he was recovering from brain surgery when we met, too frail to attend classes. Thus, three times a week I entered their sad apartment and worked with them on conversational English, always leaving behind several pages of mimeographed homework. Larissa was diligent and eagerly awaited the next lesson. Conversely, Leonid never completed his assignments. He spent workless-days riding the bicycle he’d charmingly wheedled from a neighbor’s child, ludicrously small with a banana seat and high handlebars. He’d talk to strangers in parks and at tram-stops. On Saturday mornings, I’d occasionally catch a glimpse of Leonid studying colorful dry-cereal boxes at the local Stop-and-Shop market.

I’d occasionally eat dinner with them. Larissa would boil a huge pot of whole corn ears in their husks and Leonid ceremoniously placed upon the table the day’s treasures of lableless cans he’d selected from a bin at the front of the market. Each can cost five-cents. Guessing at the contents, one night we ate corn and Mexican black beans. Another night it was corn and sauerkraut. But my most memorable meal was corn and cherry pie filling. A massive edition of Alistair Cooke’s picture book, “America,” permanently graced the table.

After moving to New York, I’d occasionally receive a card from the Yushkins, mostly garish Christmas designs with sparkly angels and three-dimensional church-steeples that popped up upon opening. Leonid wrote loving, flowery and often unintelligible prose, but the gist was that we were friends.

I hadn’t heard from them for a long time when Larissa called to tell me that Leonid had died, peacefully, and was buried in New Hampshire. Why New Hampshire? Because he’d befriended a farmer who had a tree that Leonid liked and he’d asked to be buried there. The kind farmer said “Yes.” Their friend, Bill, picked me up at the Logan airport and Larissa, Ariola, Bill and I drove to New Hampshire to picnic alongside Leonid’s forever resting place. Nothing marked the grave as Jewish and this made me feel sad.

There was a fair in town and I rode the Ferris wheel and whips with Ariola until she became nauseous. The next morning I returned to New York and other than hearing that Larissa had gotten engaged to an immigrant from Greece, we never spoke again.

Surfing the Internet recently, I discovered an 18-year-old wedding announcement in the New York Times society page for Ariola who was now known as Rio. “The bride is the daughter of Larissa and the late Soviet physicist Leonid Yushkin.” Today Ariola – Rio – is 48 years old and lives in Darien. A realtor, a mother, and community leader, Leonid’s daughter is a real American.

Opening cans without lables requires an almost childish faith that everything will, in the end, turn out just fine.
New York native Andrea Simantov has lived in Jerusalem since 1995. She is a contributing writer to Jlife magazine.

FAMILY FEST AT THE PARK