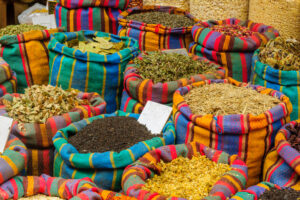 On July 29, our family will celebrate 25 years in Israel. I want to use this quarter-century anniversary column to correct three of my own misconceptions about our aliyah.
1. My Israeliness: During my early years here, when people would ask if I felt Israeli, I would launch into this whole explanation about how though all seven of us in the family have dual citizenship, experientially, Sarah and I feel like Americans who live in Israel, and my children feel like Israelis who happen to have been born in America. A few months ago, on a trip back to Miami for the first time since our aliyah, a friend asked me: “So, are you happy that you made aliyah?” And I realized that for me that question had long ceased to make sense—or about as much sense as if I were to ask you how you like that oxygen that you are breathing. My entire life is in Israel, and while this is not to say that I see no differences between the behavior and outlook of native Israelis from my own, it does tell me that I am much more Israeli than I have typically acknowledged.
2. The Effort of Aliyah: Over the years, I would tend to deflect credit for our aliyah. If someone seemed unduly impressed by our move here, I would patiently explain that if you have a really strong Jewish consciousness, then life in Israel is kind of a “no brainer” and that things will work out for you just fine in Israel. I still think that this is true; however, the actual move here, the nitty gritty of aliyah, especially for a couple in their mid 30s with five small children, is, I now admit, worthy of credit. It’s unfair to my fellow American Jews, many of whom do in fact have a very strong Jewish consciousness, for me to minimize the difficulty of aliyah. Besides the “nitty gritty” challenges, we have only to look in our Torah to see the power of a native land: “Then the Israelites wept and said, ‘If only we had meat to eat! We remember the fish that we used to eat free in Egypt, the cucumbers, the melons, the leeks, the onions, and the garlic” (Numbers 11. 4-5). If the Israelites, despite being enslaved in Egypt, still had such a strong connection to their native land, how infinitely more is the connection of an American Jew to their country—where Jews never had to be emancipated but could trace their equality to the very founding of the country.
3. The Novum of Israeli Society: Upon making aliyah, I was bowled over by the Jewish ethnic potpourri here. Unlike in America, with its overwhelmingly Ashkenazic makeup, the Sephardim predominate in Israel, and they come from many different countries, including Morocco, Yemen, Iraq, Iran, Turkey, Syria, Egypt and Tunisia. I was so awed by this range of Jewishness that, a decade into our aliyah, I wrote in a column: “The most important Jewish factor affecting me since making aliyah has been my exposure to the Sephardim.” Dear Reader: the Sephardic presence in Israel is indeed crucial to an understanding of the country, but it is not what makes Israel unique, it does not represent the novum that is Israel society. This novum is that Israel is the only country in the world where the majority culture is Jewish. Theoretically, it could happen that somewhere in the United States there is a neighborhood that is home not only to Ashkenazic Jews but to Sephardim from a number of different countries, but even in such a neighborhood, there would be an awareness of the fact that the larger culture was not Jewish and that being Jewish was somehow to be different. Here in Israel, the culture being reflected back at you is Jewish. Many immigrants, such as myself, never stop being amazed by these “reflections”; I call them “aliyah moments.”  Such moments can include major occasions, such as the country’s New Year being on Rosh Hashanah (rather than January 1), but it can also include small moments, like seeing (in Hebrew) “Love your neighbor as yourself” on the back of a dump truck at a construction site, or seeing the quiet that reigns on Israel’s streets on late Friday afternoons. I delight in aliyah moments and am especially delighted when I discover a new one. More importantly, for my children and grandchildren, these are not aliyah moments but normal occurrences in Israeli society, which is as it should be in a majority-Jewish culture. Am Yisrael Chai!