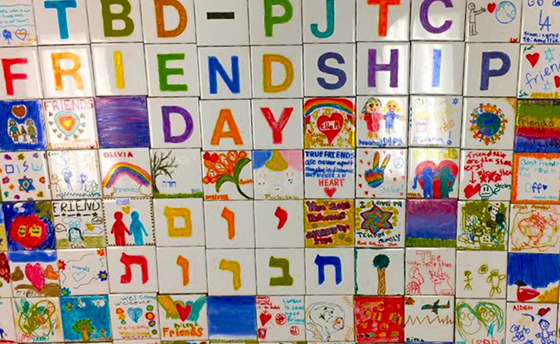 It was a motivating preposition, and as someone who dreams but big dreams, I pursued my enthusiasm in attempt to collaborate both TBD’s and PJTC’s religious schools. In Rabbi Lachtman’s 42 years of rabbinical service to TBD, never had it been that both schools collaborated, as a whole. With new leadership in both schools, with profound relationships built over the years, and with new ideas and creativity, both Rabbi Lachtman and I, felt that innovative dreams, as daring as may be, could be realized.

It was not before I had clear goals as to why we should collaborate, that I approached Rabbi Gerace, of PJTC, with TBD’s preposition. Yes, it was devotedness to Judaism and the temples that I was interested in pursuing, but me being me, and coming from a child centered professional background, my main interest was for the benefit of the children. My prime incentive for TBD was to see the children of the San Gabriel Valley come together in unity and friendship. It was this mission that I proposed to Rabbi Gerace, and low and behold, it was embraced!

Throughout the three months of leadership planning towards what was to become a fine TBD-PJTC Friendship Day, Rabbi Gerace and I became friends too, exchanging valued resources also beyond religious school experiences. Rabbi Raucher of PJTC, in parallel, hosted Rabbi Lachtman and I, together with Rabbi Gerace, for a discussion over muffins, and carrots dipped in humus. That too, was a strengthening mark of kinship, exemplary for building strong ties between our students.

On the day itself, our schools were broken into grade levels, as each cohort rotated between developmentally appropriate activities. Students, for example, each decorated and messaged a friendship-themed tile. These tiles were then mosaicked together to create a TBD+PJTC friendship mural, which is proudly displayed on TBD’s courtyard wall. It turned out to be a significant, and lovely event, which, for the most part, is hyped about until today.

Reflecting back, progressing forward, and thinking about the primary intended goal of our collaboration, I ask myself- have our hearts really led ourselves through an opened door to a window of opportunity? If so, then both school children would have become best of friends beyond a dedicated Friendship Day. That may well be the case.

It may however also be that collaborative experiences, even beyond religious school doors, may need to be implemented so as to strengthen our initial dialogue. Indeed, the more experiences we gain individually, as a community, as families, the better friendships we develop, and the more our Jewishly Warm religious teaching is Relevant.

Written by Gal Kessler Rohs, MA Education Director of Temple Beth David of the San Gabriel Valley, and Gan Katan facilitator for PJ Library at the Jewish Federation of SGPV.

December 2, 2022
This New Album Celebrates All the Christmas Songs Written By Jews The album contains recordings of old classics—“Winter Wonderland,” written by Felix Bernard and Richard B.... 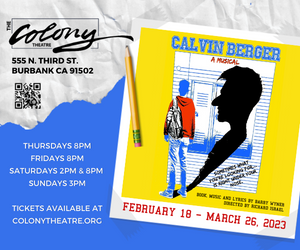