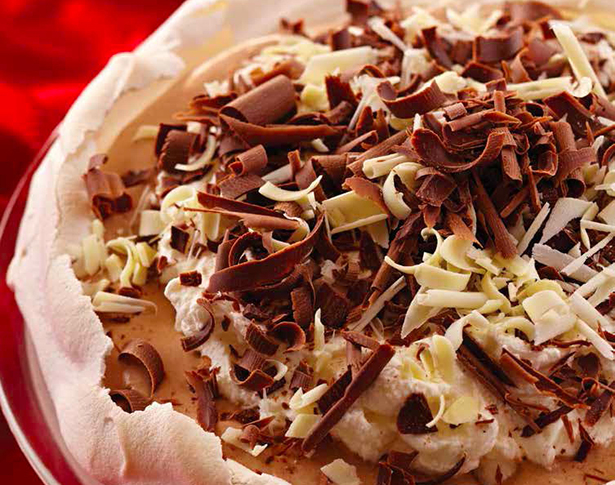 MY SEDER THIS year will be a marriage of ancient traditions and modern innovations: something old, something new, something borrowed…okay, there’s nothing blue, but you get the idea.

Passover is the most observed Jewish holiday of the year. Even those who never step inside a synagogue pull out all the stops for this one. With our celebratory meal, the Seder, we retell the 3500-year-old story of our ancestors’ flight to freedom from the land of Egypt. And everything on the table is laden with meaning.

The centerpiece is the Seder plate, holding the traditional symbols, but to spark lively discussion this year, I’m going for the unconventional.

With several vegetarians on my guest list – don’t worry; there will be plenty for the carnivores to eat! – I’m giving the Seder plate a vegan makeover. I’ll substitute an avocado pit for the roasted egg (symbol of the second offering brought to the Temple), and a roasted beet will replace the customary shank bone (the reminder of the paschal lamb).

On every Seder plate sits karpas (a green vegetable), the symbol of spring, which we dip into salt water as we remember the tears shed by our ancestors. Actually for Jews in the shtetls of Eastern Europe, spring arrived late, and greens were rare at Passover time. “My father’s family always used potato,” suggested my friend Yiddish songstress Lori Cahan-Simon, “but added parsley as karpas in the new country, so we have, in effect, parsley potatoes!”

Instead of my grandmother’s borscht I’ll be serving Quinoa, Beet and Spinach Salad from “Secret Restaurant Recipes” by Leah Schapira and Victoria Dwek (Mesorah, $32.99) with recipes, tips, techniques and cooking secrets from kosher chefs around the world. This salad is the creation of Chef Elad Asnafi of Soyo in Jerusalem and London, who suggests cooking the quinoa with a touch of cumin and bay leaves to capture true Mediterranean flavors. He also recommends giving this recipe a twist by using dried apricots instead of cherry tomatoes.

Beets have had a long association with Passover among Ashkenazim. One of the few vegetables available to Eastern European peasants, they could be stored over winter. No wonder borscht became a staple. My mother remembered her mother starting her russel (fermented beet juice) weeks before Passover. When she was done, she had a clear, bright red liquid that smelled like wine. Then when she wanted to make borscht, she would go down to the cellar and ladle out some russel to use as a base, adding fresh beets and sugar.

Rabbi P. Waldman of www.aish.com emailed me with a more somber Passover association: “My father, who is a ‘graduate’ of Auschwitz, told me that he and his friends had no wine for Passover in the concentration camp, so instead they used borscht for the four cups in commemoration of the usual wine, although according to the Code of Jewish Law, one may only use wine.”

A welcome source of variety for the holiday, quinoa, a fairly newcomer to the Passover table, is gluten-free, high in protein, and a rich source of B vitamins, iron, magnesium, phosphorus and zinc. Although it resembles some Passover forbidden grains, it is considered a pseudocereal. It grows on grasses and is actually related to beetroots and spinach. In 2014 it received rabbinic approval for Passover after the Orthodox Union sent a rabbi to Bolivia and Peru to observe how it is grown. Since quinoa grows near the top of the mountain and grain grows near the bottom, quinoa processed in approved factories got the coveted OU seal of approval.

Each year I like to surprise my family with something new for dessert. The Chocolate Angel Pie from “Celebrate” by Elizabeth Kurtz (Feldheim, $34.99) looks so tempting smothered in chocolate and white chocolate curls that I had to try it. “It’s called an angel pie because the meringue looks simply angelic as a pie shell: white and glorious,” noted Kurtz. “Make sure to start this recipe ahead of time. The layers need to be cooled completely and the meringue takes time to cook. Separate the eggs before you start the recipe so the egg whites can come to room temperature before whipping, and reserve the yolks until ready to use.”

Something old, something new…hey, I just noticed. My Seder plate is blue. Does that count?

To quick-steam green beans: place them in a dish with a couple of teaspoons water. Microwave for 1-2 minutes. After Passover top salad with 3 tablespoons sunflower seeds.

2  In a medium pot, bring water to a boil. Add quinoa, lower heat, and simmer for 15 minutes, or until germ separates from seed. Strain if necessary.

3 Place sweet potato and beet on baking sheet and toss with olive oil. Bake until soft, about 30 minutes. Let cool.

2   Meringue crust: With electric mixer, beat egg whites in large bowl until soft peaks form. Gradually add sugar and potato starch, constantly beating. Stir in vinegar and vanilla; beat until stiff peaks form and meringue is thick and glossy. Spoon meringue into prepared pie pan; press against sides to form a crust. Place in oven and turn off heat. Leave meringue in oven 3 hours; remove pan to cool. Meringue can be stored up to 2 days, covered, in dry place.

4 Using electric mixer, beat egg yolks, sugar, water, and salt until frothy. Stir into pan of melted chocolate. Cook mixture over low heat, whisking constantly until thick, about 4 minutes. Cool completely. Fold chocolate mixture into half of the prepared whipped cream. Pour into cooled shell, refrigerate until mousse is set. Top with remaining half of whipped cream; garnish with chocolate and white chocolate shavings. Refrigerate until ready to serve.
Note: Pie can be prepared up to two days in advance. Store, lightly covered, in refrigerator. Do not freeze. You may whip the cream for topping and prepare the chocolate shavings in advance, storing in refrigerator. Garnish before serving.