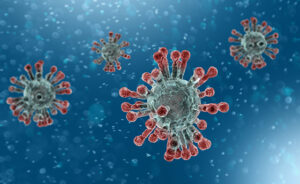 Blaming crises on Jews is not a new phenomenon, and so it should come as no surprise that researchers have identified a global trend of blaming Jews for the coronavirus. Your reaction to this news in particular may be similar to your general reaction to news of anti-Semitism—and it may have a lot to do with your perspective on Zionism.

When you hear of a terror incident against Jews somewhere in the world, which of the following pops into your mind: 1) We need to make sure that Jews everywhere can live their lives as Jews freely and safely; or 2) Have things gotten bad enough so that the Jews there will start to make aliyah in greater numbers? I imagine that most Jews living outside of Israel would naturally think #1, and #1 is also of primary concern to my friend Don Compier, Dean of the Bishop Kemper School for Ministry in Topeka, Kansas. Don explains:

“My concern is that the Jewish people be safe from anti-Semitic attacks wherever they are. At its best, Christianity has always firmly maintained the belief that all human beings are made in G-d’s image—just one of the many ideas it inherited from the Torah! Christians have special reasons for working to assure that Jews are always protected from harm and allowed to thrive. We have to assume responsibility for being the primary instigators of anti-Jewish sentiment and violence for nearly twenty centuries before Hitler. Since members of our faith community did so much to imperil the survival of the people of Israel, we now need to do everything we can to assure it. As Paul Van Buren, Hendrikus Berkhof, and others have argued, there is necessarily such a thing as a Christian theology of Israel. We believe that G-d did call the people of Israel to be a special people in covenant with G-d and that their example and faithfulness brings blessing to the whole world, as was promised to Abraham.

“When attending to the message of the Hebrew Scriptures and the New Testament Scriptures taken as a whole, there are no grounds upon which to argue that G-d’s covenant with Israel has been either superseded or revoked. We must continue to uphold the shining example of the righteous gentiles in the Shoah and act in ways that make it absolutely clear that when Jews are threatened anywhere, real Christians stand with them and have their backs. Period.”

A classic Zionist perspective offers a different take on anti-Semitism. Herzl and the political Zionists believed that the very presence of Jews causes anti-Semitism; with the establishment of a Jewish State, they envisioned the end of anti-Semitism, since they believed that world Jewry would then make aliyah en masse. But of course world Jewry has not made aliyah, and while it’s true that the vast majority of immigrants have come because they were running away from something (a poor economy or anti-Semitism), the history of Jewish immigration to Israel has shown that things have to be really bad in order to cause people to make aliyah for negative reasons. Thus the context for that #2 response to an anti-Semitic attack: Will this terror incident be the one that causes people of that country to abandon their native land in favor of Israel?

It’s kind of embarrassing for the State of Israel to have to deal with worldwide anti-Semitism. After all, Israel encourages Jewish immigration with the granting of automatic citizenship and a generous basket of absorption benefits. Any Jew who lives in the diaspora is effectively saying to the State of Israel: “No thank you. We prefer our lives here in the diaspora.” Fair enough, but when anti-Semitism rears its head, should the State of Israel take part in whacking it back down so as to assure the continued health of the particular Jewish community? Answer: Yes. Am Yisrael Chai.

Teddy Weinberger is director of development for a consulting company called Meaningful. He made aliyah with his family in 1997 from miami, where he was an assistant professor of religious studies. Teddy and his wife, Sarah Jane Ross, have five children.

History Has Its Eye on Us

Ready for the New Year?