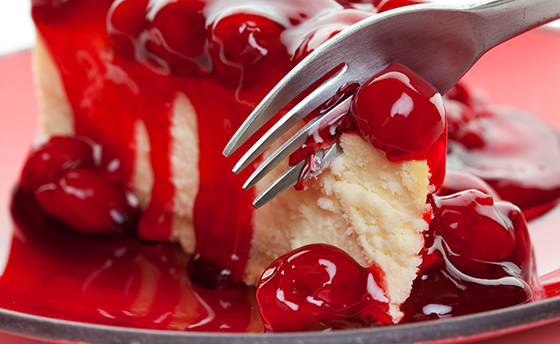 AS ONE MIGHT expect of the Jewish state, the holy days of the Jewish religion are national holidays. A good example of this is the holiday of Shavuot (Pentecost) which begins this year on Saturday night, May 19. While it is possible to go about one’s business in the diaspora without even realizing that Shavuot has come and gone, this could never happen in Israel. For one thing, on the day of the holiday all government offices, banks, businesses and schools are closed. Additionally, several weeks before the holiday, Tnuva, Israel’s huge food company (which almost has a monopoly on milk products), takes great care to tell every person in the State of Israel: “Shavuot Tnuva—An Israeli Celebration.”

The Tnuva juggernaut for Shavuot is quite impressive. In the weeks before the holiday, one cannot walk by a dairy case anywhere in Israel without realizing that Shavuot is approaching, and that Tnuva is ready to help you celebrate. There are sales on dairy products, introductory offers for new product lines and a tempting array of cheesecakes—including a “cheesecake kit for easy and fast preparation” of the holiday’s signature dessert. Of course, all this “Bounty” (the English word for “Tnuva”) is accompanied by a huge advertising blitz in newspapers, on television and radio, on billboards and in a “magazine for Shavuot” that is inserted into your newspaper about a week before the holiday. The cover of this glossy, full-color magazine proclaims: “Tnuva is happy to present you with a complete collection of recipes, tips, advice and stories for the Shavuot holiday.”

In the magazine, Tnuva speaks of Shavuot as “the most Israeli of holidays” because of the old kibbutz tradition of displaying the plentiful yields (crops and livestock) on this day. In the center of the magazine there is a beautiful photograph of various fruits and assorted cheeses with the words (obviously meant to sound like a biblical injunction): “On the holiday of Shavuot, you shall make for yourselves a Tnuva holiday table.”

Tnuva is thus largely responsible for making sure that the Israeli public knows well in advance of the approaching Shavuot holiday. And since the company is willing to expend a large amount of capital on its Shavuot campaign, it would follow that a large segment of Israel celebrates this holiday—as far as Tnuva is concerned.

This is not to say that the holiday is a deeply religious experience for most Israelis. For the secular portion of the population, the holiday is an opportunity for a vacation at the beach. This leads to an interesting question, given the Jewish legal principle that says that a person who is ignorant of a law is punished less severely than someone who knows the law but who consciously violates it: Should Tnuva be held responsible for the conscious violation of religious tradition?

While from a legal perspective the secular Jewish obliviousness in the diaspora regarding Shavuot may have its advantages, in terms of Jewish culture and Jewish peoplehood, I believe that the Israeli situation is much to be preferred. As long as the traditions of the Jewish people are still current in Israel’s vocabulary, one can hope for a reconstruction or a transvaluation of these traditions to suit a broad spectrum of Israeli society. Even if a person’s celebration of Shavuot consists of eating more dairy products than usual around this time of year, that person is exercising some degree of ethnic and national responsibility—which I think is all to the good. So buy your dairy products, and have a Happy Shavuot.
Teddy Weinberger, Ph.D., is Director of Development for a consulting company called Meaningful. He made aliyah with his family in 1997 from Miami, where he was an assistant professor of religious studies. Teddy and his wife, Sarah Jane Ross, have five children.