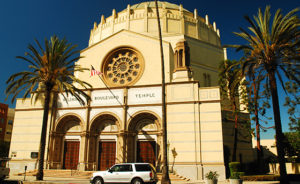 LAUREN GOLD IS A CONTRIBUTING WRITER TO JLIFE MAGAZINE.