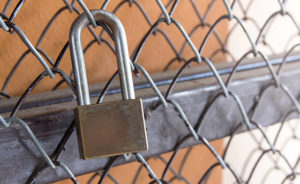 Concern about safety and security at Jewish institutions has been a longstanding issue. In 1999, a white supremacist walked into a Jewish Community Center in the San Fernando Valley and opened fire. More recently, Jewish communities across the country were rocked by the news that the Tree of Life synagogue in Pittsburgh was victimized by a shooter with sympathetic views toward neo-Nazism and the alt-right. This atrocity, in confluence with a number of more mundane hate incidents directed at Jews and Jewish institutions around the country, have made many of us who work and participate in Jewish communal life to begin protecting against the unthinkable.

In October, shortly following the Tree of Life shooting, a webinar was held by the Union of Reform Judaism [URJ], the United Synagogue of Conservative Judaism [USCJ], the National Association of Temple Administration [NATA], and the Anti-Defamation League [ADL]. In December, the Jewish Federation of the San Gabriel & Pomona Valleys held its own meeting – attended by representatives and congregants from various local synagogues – to address the issue of security and provide an opportunity for our community’s Jewish organizations to discuss ways to help make their institutions more secure. JLIFE spoke with leaders of these organizations to see what they are doing to ensure the safety and security of their congregants.

The following was excerpted from a conversation with Beryl Strauss, Executive Director of the Pasadena Jewish Temple Center [PJTC].

What precipitated the Security meeting at the Jewish Federation in December?
There was a big webinar in October of last year that the URJ, USCJ, NATA and the ADL put on. It was an hour-long webinar that covered quite a bit of information. Having Jason [Moss] convene this meeting in December was an opportunity to meet with members of our community so that we could partner together and share information.

In your time at PJTC, or to your knowledge, before you began serving as Executive Director, have there been any credible threats made against the community?
Thankfully no.

Were you hearing concern or anxiety from congregants or other members of the community regarding security?
PJTC has been focused on this for a while. So for the past few years, ever since I started, we really have enhanced our security. The focus has really been on how to improve our security and still maintain a warm and welcoming community, which is what everyone’s looking for.

What were some things you were able to take away from the national webinar or the Federation meeting?
One thing that I took away was the importance of communication with law enforcement agencies. Fortunately we have a strong partnership with the Altadena branch of the Los Angeles Sheriff’s Department. They also suggested that we reach out the ADL in the case of any hate incidents, which we do. And they suggested that we form a security committee to establish security procedures and assess any threats. And of course, they just encouraged everyone to be vigilant. “If you see something, say something.” Lastly, they encouraged a dialogue between institutions and organizations regarding security procedures so we can all learn from and help each other.

Do you feel that when you are communicating with law enforcement that they are aware of, or are taking seriously, the recent surge of anti-Semitic incidents?
Yes, absolutely. They are taking it very seriously. The ADL just recently, in partnership of with the local Los Angeles office of the FBI, had a summit to talk specifically about hate groups. I believe they’re taking it very seriously, and that it’s an important topic to them. The community has also taken it very seriously. When the Pittsburgh shooting happened, the following Shabbat we had 500 people show up from many different denominations. Everyone is taking it seriously, and sadly just like school shootings, we have to be vigilant and speak out.

The following was excerpted from a conversation with Jeanine Mann, Immediate Past President of Temple Beth Israel in Pomona [TBI].

In your time at TBI have there been credible threats made against the congregation?
No, fortunately there have been no credible threats made. About two years ago, however, we did discover a graffiti swastika on our facility. That was reported both to the local police as well as the Jewish Federation and ADL.

What is your relationship like with local law enforcement agencies?
We have been very blessed to have a wonderful police department who has been incredibly supportive. They have been fantastic in terms of being responsive and working with us to ensure that our congregation is safe, and making sure that we’re given everything we need to make sure that continues.

How was TBI’s involvement with the Jewish Federation-sponsored meeting held in December?
We had a very large presence from our congregation at that meeting. It was a wonderful opportunity to not only come together as a group, but to network with the other congregations in the area and be part of something that was bigger than us.

Did you feel like you and the TBI community were able to take a lot away from that meeting, or were you ahead of the curve on some of these issues?
We were definitely able to take away a lot of new ideas and areas of improvement from that meeting. We did also, in some ways, feel like we were ahead of the curve. We started working intensely on security after the San Bernardino incident [in 2015]. We have certainly always thought about security, but these are new times. After San Bernardino we instituted a security fee in addition to membership dues, and what that has done is to create a sustainable source of funding for things we need.

Does the Jewish Federation offer grants to aid in financing security services at local Jewish institutions?
The Federation has been incredibly supportive. It is a small Federation so funding is limited, but they have been very helpful in identifying resources for grant-writing. They’ve also really worked to connect us to different people in the community that can support our efforts.

What is on your wish list in terms of security? If money were not an object, what changes or improvements would you make?
We’re actually making that wish list. We’ve created a plan that includes three phases, and we’ve completed the first two phases. The first was really motivated by the San Bernardino incident, and it was to install more sensors and cameras around the facility. The second phase was to change some of our basic security features and improve our locking mechanisms. The third phase that we’re working on currently is to secure funding to install an automatic gate for our parking lot.
Temple Beth David of San Gabriel was unavailable to be interviewed by JLIFE but provided the following statement:
“Security is understandably something that is on all of our minds, with all of the tragedies that have struck houses of worship recently and all the demagoguery and fear that is out there. Temple Beth David has a new Security Committee that is putting in place a variety of new practices, and we have also built relationships with our local sheriff’s office. Our community knows all too well that the risks are real – after all, the TBD building was set on fire by a white supremacist in 1980. We want to be as clear-eyed and prepared as possible.”

PERRY FEIN IS A CONTRIBUTING WRITER AND EDITOR FOR JLIFE MAGAZINE.