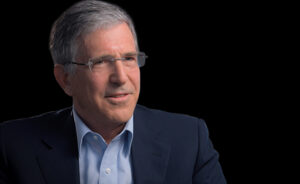 The 1940 Campaign for a Jewish Army to Fight Hitler.
An interview with Author Rick Richman

There is much to be learned from historian Rick Richman’s eye-opening debut nonfiction book, Racing Against History. Richman is a participant in the Annual Jewish Book Festival and will be discusing his book and holding a Q & A session on November 11th as part of the Kristallnacht Remembrance discussion at University of La Verne. Richman highlights 1940, a pivotal year in world history, when three famous Zionist leaders, Chaim Weizmann, Vladimir Jabotinsky and David Ben-Gurion, traveled to the United States to gain support for establishing a Jewish army to fight Hitler. While their missions failed, Richman’s detailed account successfully brings readers back to that time period by reconstructing events to illustrate why the attempts by these men mattered.

Before writing Racing Against History, Richman contributed chapters to books on American Zionism and Zionist history. He’s written for Commentary, Mosaic Magazine, The New York Sun, PJ Media, The Jewish Journal, The New York Post, and various other publications. A L.A. local, Richman describes himself as currently a full-time researcher and writer on Zionist history. Prior to that, he was a lawyer at the Los Angeles firm of O’Melveny & Myers LLP and Deloitte Tax LLP.

When did you get the idea to write the book?

I didn’t find the story. The story found me. And it didn’t start out as a book, or even an article. I was researching something else, and discovered that Vladimir Jabotinsky, one of the principal Zionist leaders of the times, was living in New York in 1940, and I wondered why. Then I found out that he was there trying to build a Jewish army to join the fight against Hitler. Then I discovered, through paging through The New York Times that year, that his effort was covered by the Times and other media. I wondered why I hadn’t even heard about this, started researching the story and eventually wrote an article about it for The Tower, the magazine of The Israel Project. Then I found out about the related efforts of Chaim Weizmann and David Ben-Gurion that year in America, researched those missions as well, and what started as a matter of simply curiosity eventually became a book.

It’s clear from the exhaustive research and information included, the 1940 campaign for a Jewish army to fight Hitler might easily have been about the efforts leading up to the creation of Israel since the two go hand in hand.

I discovered that the monumental efforts in 1940 were part and parcel of the eventual creation of the State of Israel only eight years later. The Epilogue of the book is an attempt to show how Zionism’s left, right and center were all indispensable to the creation of the state, and that it didn’t just happen as a reaction to the Holocaust but as part of a historic movement that began in the late 19th century and depended on the life-long efforts of people such as Weizmann, Jabotinsky and Ben-Gurion.

What did you find to be the most compelling aspect of the quest to create a Jewish army?

The extraordinary efforts by the three Zionist leaders, at a time when Europe was essentially gone—under Nazi occupation—and America, steeped in isolationism, wanted no part of the war. But the Zionists were ready to step up and join the fight, and they recognized that not only the future of the Jewish people but of Western Civilization was at stake. Jews today—living in unparalleled freedom and security—owe a lot to them, because their efforts (as noted in the epilogue) eventually gave the Jewish people a state.

Readers get to know Weizmann, Jabotinsky and Ben Gurion in individual chapters and how all their lives intersected. Please sum up each man’s important role in Zionism, their efforts to create the Jewish army and the establishment of Israel.

Weizmann was interested primarily in preserving Jewish culture and civilization, which he believed could not survive without a Jewish national home. He was the guiding force behind the creation of the Hebrew University in Jerusalem, starting in 1918. Ben-Gurion was interested in creating a new socialist state, with pioneering Jews who would work the land. Jabotinsky wanted a democratic state that would welcome Jews from all backgrounds (including the less cultured and middle class ones that Weizmann and Ben-Gurion tended to distain). In 1917, Jabotinsky had been the guiding force in creating the Jewish Legion to fight on behalf of Britain in World War I—the first organized Jewish military force in two millennia—and founded a movement (“Betar”) to train Jews in military skills.

To re-create a state that had been destroyed two millennia before, it took a massive political, diplomatic and military effort. Weizmann was the key Jewish diplomatic figure of the time, Ben-Gurion the key political figure, and Jabotinsky (and his successor, Menachem Begin) the key figure in eventually organizing an effective Jewish military force. It was not something that could have been done by any single leader.

In the epilogue you cover the return of Jabotinsky’s remains to Israel after Ben-Gurion left office. Why did he hold such a strong and enduring animosity toward Jabotinsky?

Ben-Gurion didn’t get along with Weizmann either. When Ben-Gurion left London for America in September 1940, he had decided that he could not work with Weizmann. Ben-Gurion and Jabotinsky held talks in the 1930s about uniting their respective political movements, and reached some tentative agreements about doing so, but Ben-Gurion’s followers rejected them. Ben-Gurion was a historic figure, but not the easiest person to deal with, and he brooked no dissent from his judgments.

Was there any surprising piece of information you discovered during your research?

What surprised me most was how little I knew about an extremely important year in world history and in Jewish history; and how little I had been taught about it – even though I received both an outstanding secular and a very good Jewish education.

I also learned to appreciate Harry Truman’s saying, that “the only new thing is the history you don’t know.” Many of the issues and themes from 1940 are the same ones in the world today, under different circumstances but with the same underlying trends.

Is there anything else you’d like to touch upon that I didn’t ask?

The story is important to remember, not only to honor those who made heroic efforts, but also to correct the misimpression that Jews stood by passively as their existential crisis unfolded.

Ironically, we know the end of this story, but we don’t know the details, and one of the things we can learn from the details is that, while history in retrospect sometimes appears as if it were inevitable, as it unfolds in real time there are always more possibilities than the one that eventually came to pass.

The effort to form a Jewish army in 1940 came much closer to reality than people might think.

Ronna Mandel is a contributing writer to JLife magazine. you can find her blog at goodreadswithronna.com