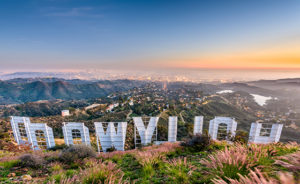 The founding of the United States of America, as most people know, is the story of a religious minority seeking a safe haven where they could worship in the way they deemed most proper without fearing persecution by the state. This story, in some ways, mirrors the plight of the Jews – a widely persecuted minority whose history and traditions are largely oriented around the desire for a nation in which they could worship in peace.

The United States, since its inception, has also been an experiment in values-based nation-building the likes of which the world had never seen. When one conjures to mind a “Frenchman” or “Englishman,” for instance, there are certain ethnic and religious dimensions to those identities, as well as a sense of shared mythology, history and cultural traditions. An “American,” on the other hand, has few such connotations if any.

For the most part, it does not matter where one’s parents or grandparents were born, or at what altar one worships. “American-ness” is not dependent on “blood and soil,” the way national identity manifests across the European continent and beyond. Instead, it is predicated on believing and acting out certain ideas about liberty and justice. These values are the ideological culmination of Judeo-Christian theology and Greek reason, reconciled by the philosophers of the Enlightenment.

Even before the Pilgrims or the Founders, however, the history of America is inextricably tied up with the history of the Jews. As the classic nursery rhyme teaches, “in 1492 Columbus sailed the ocean blue.” What is less known is that the beginning of this epoch of exploration and discovery coincided with one of the most infamous episodes of religious persecution, the Spanish Inquisition. Jews living under Spanish rule during this time were given two options; leave the Spanish empire or convert to Catholicism.
Those who did not abide were tortured, and almost invariably, executed. Many Jews, however, pretended to convert while going on to practice Judaism in secret. These religious fugitives are called “Marranos” or “crypto-Jews,” and recent scholarship has produced compelling evidence that Christopher Columbus was one of them.

Exhibit A is Columbus’s own will which stipulated that “one-tenth of his income [be given] to the poor and provide[d] an anonymous dowry for poor girls,” in keeping with Jewish customs regarding charity. He also marked the document with a “triangular signature of dots and letters that resembled inscriptions found on gravestones of Jewish cemeteries in Spain,” and instructed his children to use the same signature going forward. It is believed that this anagram was a symbolic representation of the Kaddish, a Jewish prayer said by mourners to commemorate the life of a loved one.

Exhibit B is a collection of Columbus’s letters to his son Diego. All but one of these letters were written in Castilian Spanish – also known as “Ladino” – a sort of lingua franca for Spanish Jews. Furthermore, at the top-left corner of almost all the letters there are the Hebrew characters “bet” and “hei,” believed to be an abbreviated form of “b’ezrat Hashem” which translates to “with God’s help.”

Exhibit C is the date of departure of Columbus’s historic journey: August 2, 1492 was the initial date chosen but happened to coincide with Tisha B’Av, the Jewish day of mourning for the destruction of the first and second Holy Temples in Jerusalem. It is believed that in order to “avoid embarking on the holiday, which would have been considered by Jews to be an unlucky day to set sail,” Columbus postponed the voyage’s launch by one day. The new date of departure appropriately coincided with the final day allotted for Jews to either convert or be exiled, although whether that timing was intentional or a coincidence is unclear.

It should also be noted that Columbus was a strong supporter of the Crusades, which he might have viewed as a vehicle by which the Holy Land could be liberated from Muslim rule and the best bet the Jews had to reconstruct the Temple and usher in the Messianic Era. However, the legacy of the Crusades would prove to be arguably as devastating and traumatic for Jews as for Muslims.
It wasn’t until the English Plantation Act of 1740 that British Jews became citizens of the empire, and thus were allowed to legally participate in colonial life. However, as early as the middle of the 17th century, there were a small number of Sephardic Jews (at most 200 or 300) already residing in the colonies.

The late 19th and early 20th centuries witnessed massive waves of Jewish immigration sparked by political upheaval and increasing anti-Semitism in Central and Eastern Europe. It is believed that at least 2,000,000 Ashkenazi Jews settled in the United States between the 1880s and the mid-1920s. This wave of immigrants was curbed with the passage of Immigration Act of 1924 which placed severe restrictions on immigration. (It was during the early part of this period that my father’s family arrived in New York from the Bukovina province of the Austro-Hungarian Empire.
As is the case with most large waves of immigrants, the newly-arrived Jews entered the American economy at the bottom of the totem pole. Prior to World War I, more than 80% of all American Jews were factory workers. However, a small number of early Jewish immigrants would punch above their weight, making significant and disproportionate contributions to the emerging entertainment industry in Southern California.

The Jewish experience in the United States has been a remarkable success. While Jews have experienced other brief periods of stability, security, and even commercial affluence throughout history – often referred to as “Golden Ages” – their rapid ascent to the upper echelons of civic and cultural life in the United States was unprecedented. In the last four decades, Jews have consistently placed as the most, or second most, affluent ethnic group in the country, and have enjoyed disproportionate influence and participation in government, finance and academia since the restrictions barring them from these spheres were lifted. Jewish teachings, and the contributions of individual Jews, have had consequential effects on the development of the United States of America. In turn, America’s commitment to religious liberty has provided the Jews of the modern era with a place to continue evolving theology and traditions in relative safety.

PERRY FEIN IS A CONTRIBUTING WRITER TO JLIFE MAGAZINE.