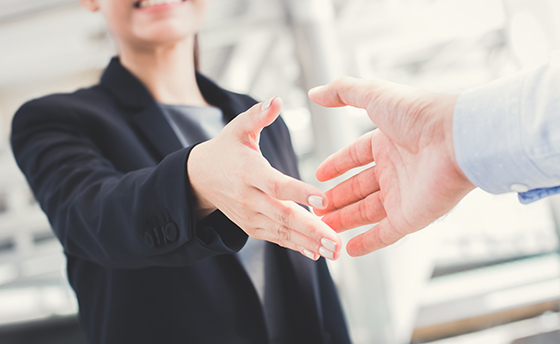 FIRST, A WORD about Harvey Weinstein, Leon Wieseltier, and their ilk.   They are pigs, and I have written about them and their indiscretions amply in the pages of The American Spectator, the online magazine where I publish political commentary regularly.

Because the Rabbis of the Talmud wrote and taught during an era preceding Political Correctness, they dealt with the real world as it actually exists. They knew the nature of men, the aspirations and dreams of men, the struggles and yearnings of men, the sacrifices and commitments of men. They knew what men do, how those deeds sometimes parallel and sometimes contradict what men say they want to do. And they knew how and what men think. As a socially wise practice, they discouraged men from affectionately touching women other than their wives. Towards that same end, they discouraged other forms of unnecessary touching by men of women. No gentle-contact or air-kissing in Orthodox Judaism.

I am not “Ultra-Orthodox” but “Modern Orthodox” (whatever those terms mean). I read newspapers, watch television, root for the Yankees of my childhood. And, not because I am a rabbi but because I try to observe Jewish rules of life behavior, I also try to avoid touching women who are not my wife. If a woman extends her hand to me in a handshake, like many of my colleagues I will not allow her to stand there, embarrassed. I will reciprocate and will shake her hand. But I typically will not initiate the handshake.

It is interesting that, through my additional careers as a law professor of fourteen years and an attorney of twenty-three years, never once have I lost a client or antagonized a female student by not touching her. Interesting. During those years, I have been appoached privately by any number of female (as well as male) students for private meetings out of class to discuss concerns consuming them. Problems at home, problems in love, problems in study. None ever felt that, because I did not touch them, I was any the less respectful of them. Indeed, many have approached me based on others’ word of mouth, that Professor Fischer is a safe person in whom to confide privately. Only a Jewish person with a subtle animus towards Orthodox men would take umbrage when a yarmulka guy fails to reach out towards her.

In the real world, touching sometimes is only about a formal handshake, and sometimes it is the first exploratory step in testing how far a guy or woman is interested in advancing a physical relationship. Whether your experience is a thousand movies and TV shows or just-plain years of real life, whether it was a date in a car or at a horror movie, that first innocent touching broke a barrier that led to something more. And then more than that.

Which is not to say that an Orthodox Jewish man’s preference to avoid unnecessary contact with a woman translates into denying her meaningful opportunities for advancement. As an attorney, I have represented female corporate executives and have helped newly practicing female law associates advance their careers under my tutelage. As a law professor, I can name any number of female students whose lives I changed by inviting them to stay after class and discuss their career aspirations and expectations beyond law school. My inbox may not contain 33,000 emails about yoga classes and wedding dresses, but I have received letters upon letters over the years from female (as well as male) students who have written—sometimes at term’s end, sometimes years later—to thank me for changing their lives by guiding and directing them on life paths they had not contemplated: trying out for law review though initially certain they would be rejected, applying for federal judicial clerkships they never imagined they would have gotten, presenting themselves for employment consideration by major law firms they incorrectly thought would blow them off.

My experience is not unique. Orthodox men do not equate the “handshake rule” with a perspective that women are sex objects. But the halakhah does respect the importance of boundaries — just as men should not rub the shoulders of fellow male associates, something that one of my employers once did to me.

That is how we Orthodox prefer to do it. If that offends Jews who find fault with any innocent comportment practiced by Orthodoxy, well—at least there is a non-Jewish world of women out there who appreciate yarmulka’d men in the workplace who are willing to help them advance without needing to touch them.

Together We Can Make an Impact