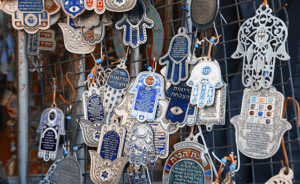 IN APRIL, Israelies will celebrate the 70th anniversary of the establishment of Israel. While celebrations are being planned, it is worth considering all that Israel has given to the world. Though the years have been turbulent, this tiny young state has made major contributions to the world of medical technology research among other fields. An article on the website http://unitedwithisrael.org/israeli-jewish-contributions-to-society states “After 2000 years in exile, the Jewish people once again became a sovereign nation in their ancestral homeland and wasted no time in trying to make the world a better place and advancing themselves as a ‘light unto the nations’.”

The website provides an over view of some of those contributions:

To fulfill the biblical imperative to be that “light,” Israel has used its human resources and ingenuity to do so. Here are just some of the specific contributions:

One of the marvels of Israel is what has been accomplished in the field of irrigation. Netafim is a worldwide pioneer in smart drip and micro-irrigation, which releases water in controlled, slow drips to provide precise crop irrigation. This has allowed Israel to turn the desert into a fertile ground for crop development – an advance that has also benefited 112 countries.

Do you like cherry tomatoes? Well, the research of two professors at the Hebrew University Faculty of Agriculture, yielded the cherry tomato — “a tasty salad fixing that ripens slowly and doesn’t rot in shipment.”   Technology that affects us personally is the BabySense is a non-touch, no-radiation device designed to prevent crib death and the EpiLady, was the first electric hair remover.

Most of us are very familiar with Intel Israel which “changed the face of the computing world with the 8088 processor (the “brain” of the first PC), MMX and Centrino mobile technology.”

In the field of medicine, “the PillCam (aka capsule endoscopy), is a world leader in developing and marketing patient-friendly solutions for visualizing and detecting disorders of the GI tract, now the gold standard for intestinal visualization.”

I became familiar with The EarlySense continuous monitoring solution when I was recently hospitalized. It allows hospital staff to watch and record patients’ heart rate, respiration and movement remotely through a contact-free sensor under the mattress. Since I was considered a fall risk, the first time I got out of bed an alarm went of notifying nurses of my movement.

Other medical advances including “the Robotics’ Spine Assist and other surgical robots are transforming spine surgery from freehand procedures to highly accurate, state-of-the-art operations with less need for radiation.”

Testing for sleep apnea used to require people to a sleep disorders clinic, but with Itamar Medical’s WatchPAT, an FDA-approved portable diagnostic device, the test can be done in the patient’s own bedroom.

In the area of environmental safety, “real-time microbiology can detect and count harmful microorganisms in drinking and wastewater, pharmaceuticals and food and beverage production in a matter of minutes, rather than the conventional method of cell culture that takes several hours to a few days.”

In the area of automotive safety, the MobileEye combines a tiny digital camera with sophisticated algorithms to help drivers navigate more safely. The device “sounds an alert when a driver is about to change lanes inadvertently, warns of an impending forward collision and detects pedestrians. MobileEye has deals with GM, BMW and Volvo, among others.”

Almost all of us have GPS systems in our cars or on our Smart phones that provides the best route to our destinations. “Decell Technologies is a global leader in providing real-time road traffic information based on monitoring the location and movement of phones and GPS devices.” I don’t know what I would do without WAZE.

So many of these advances affect us in our daily lives, yet we are unaware that they originated in Israel – a country that despite the controversies and conflicts continues making extraordinary contributions to the world – to be a “light unto the nations.”
Rabbi Florence L. Dann, Beit Sefer Director of Temple Beth Israel of Pomona has been a contributing writer to Jlife since 2004.

FAMILY FEST AT THE PARK