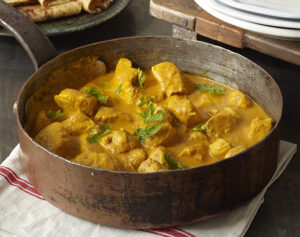 WHEN G-D said, “I will scatter you among the nations,” (Leviticus 26:33), he wasn’t kidding around. Throughout the ages there have been Jewish communities in such far-flung places as China, Japan, Botswana, Gilbralta, Siberia and even India.

“There is a section of Cochin in southwestern India called Jew Town,” he told me by phone from his home in Minneapolis, “with an active Jewish synagogue built in the 1700s and a cemetery dating from the 1300s. The Cochini Jews go back to the year 370 B.C.E.”

In January Iyer will lead a tour to Kerala for a week. “That’s where you still find just a handful of Cochini Jews left,” he said. “Mumbai has a synagogue as well. It’s a dwindling community – most have left for Israel.” For more information on tours, go to www.raghavaniyer.com.

In 1982, Iyer, then 21, left his native India to study in the United States. Two months later, as his family in Bombay celebrated the joyous festival of Diwali, he sat in his room, consumed by loneliness and self-pity.

“Everybody was back home celebrating, having a good time and feasting on pal paysam (creamy rice pudding). Instead I was studying with a Cadbury’s milk chocolate and potato chips.”

After obtaining degrees in chemistry and hotel and restaurant management, Iyer went on to write five cookbooks for which he received multiple awards, received an Emmy for the documentary “Asian Flavors” as well as several James Beard finalist awards and was named Cooking Teacher of the Year by the International Association of Culinary Professionals.

With “Indian Cooking Unfolded” (Workman, $19.95), Iyer’s skills as the consummate teacher shine through. “For the book I wanted to write, you could go to a regular grocery store for ingredients and cook your way through the book,” he said. Step-by-step illustrations and Iyer’s explicit instructions leave little room for guesswork. “My job as a teacher is to give you a visual cue,” he said, “not heat the oil for five minutes, but heat it until it begins to shimmer.”

Case in point: his recipe for Ultimate Chicken Curry. Let’s clear up a misconception first, however. “Curry” refers to any Indian sauce-based, spice-laden dish, Iyer explained, but spicy doesn’t necessarily mean hot. “To Indians curries have nothing to do with curry powder and everything to do with sauces. Every sauce we do, we punctuate with flavor. There are many curries in parts of India that are flavored not with spices, but herbs. For heat we use peppercorns and chiles – that’s about it, so when I say ‘spicy,’ I mean well seasoned, not hot. That’s the beauty and complexity of curries.”

While the original recipe for this chicken curry calls for half-and-half, kosher cooks may substitute coconut milk, a pareve and sadly underused ingredient in the kosher kitchen.

“They use a ton of coconut oil and coconut milk in the Kerala region,” he observed. “When you buy a can of coconut milk, if you don’t shake it, all that heavier cream floats to the top. Underneath that is the thinner whey, so shake the can before using. It’s the perfect product for incorporating into kosher meat dishes where you don’t want to mix meat and dairy.”

A refreshing counterpoint to the chicken curry is Iyer’s Indian slaw. “Unless your mama is from Western India,” he writes, “chances are this is not your mother’s mayo-smothered, garlic powdered coleslaw. Nutty, tart, and with a citrus burst, these crunchy shreds of cabbage pack just the right amount of heat from the fairly benign serrano chilies.”

Some supermarkets stock dried unsweetened coconut in the health food aisle or baking section, but if you can’t find it, you can make your own from the more common sweetened coconut shreds by rinsing and straining them several times in water. However, “an underlying sweetness is fine, since freshly shredded coconut does have an inherent sweet taste,” he noted.

4 pieces fresh ginger (each about size and thickness of a 25-cent piece; no need to peel skin)

4    Return sauce to skillet; stir in chicken and salt. Simmer, covered, over medium-low heat, stirring occasionally, until chicken when cut is no longer pinkish red and juices run clear, 12-15 minutes. Sprinkle with cilantro and serve.

Grind all ingredients except turmeric in spice or coffee grinder. Stir in turmeric. Will keep up to 3 months in tightly sealed container away from excess light, heat and humidity.

3  Heat oil in small skillet over medium-high heat. Once oil appears to shimmer, add mustard seeds, cover skillet, and cook until seeds have stopped popping (not unlike popcorn), about 30 seconds.

4    Remove skillet from heat and sprinkle in turmeric. Pour mustard-turmeric mixture over cabbage. (I use cabbage from the bowl to scoop out every last bit of spice and oil.)  Thoroughly combine slaw in large bowl to ensure every shred of cabbage is evenly coated. Serve either at room temperature or chilled.

Jlife food Editor Judy Bart Kancigor is the author of “Cooking Jewish” (Workman) and “The Perfect Passover Cookbook” (an e-book short from Workman), a columnist and feature writer for the Orange County Register and other publications and can be found on the web at www.cookingjewish.com.