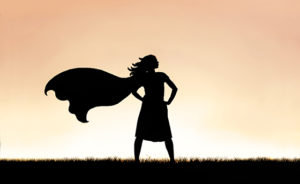 Anti-Semitism is flourishing again in America. Years before people marched with shouts of “Jews will not replace us!” in Charlottesville or the murderous attack on Pittsburgh’s Tree of Life synagogue, the uptick in hatred towards our people led us to a new normal—where the anti-Semitism we heard about from our parents and grandparents and read about in history books lives again. With each incident, we feel the collective recoiling of our community. How can this be happening again? How? Because anti-Semitism is as old as time. Because people do forget. Because it is the perfect political storm. So many reasons, really.
When Lori Kaye was shot and killed at Chabad of Poway on the last day of Passover—just days after the international edition of The New York Times published a horrifically anti-Semitic cartoon—I once again felt the vulnerability of the American Jewish community. “We’re being hit from all directions,” I told myself. A feeling of hopelessness and, yes, fear took over for a moment.
But it’s not in my nature to give in to those feelings. When we do, I believe, the haters win. So the next morning, like many of my generation, I started my day scrolling through social media, looking for solace and some way to try to understand the incomprehensible. And I decided to share words that had been rolling around my writer’s mind throughout the night—words that I hoped would not be simply another expression of outrage, sadness and mourning but rather a call to action. It was a post to regain a feeling of power in times that seem out of control, to offer encouragement and strength.

Here I expand upon those words.

Yesterday, a synagogue was attacked.

Today, I will bring my children to temple.

Yesterday, a woman of valor died in an act of terror.

Today, I will remember her as a blessing.

Because we must not let the murder and violence overshadow the good.

Yesterday, a weapon meant for the battlefield was used to target people in prayer.

Today, I will donate to Everytown for Gun Safety.

Because though I alone cannot fix the societal ills that have led to proliferation of guns in our culture, I
can give to leverage the work of organizations that are trying.

Today, I will rededicate myself to fighting the political extremism on the right and the left that normalizes scapegoating Jews for the world’s problems.

Because we cannot let vocal minorities become the majority. Because supporting elected officials who support Jews and Israel is more important than ever. Because educating community leaders about anti-Israel bias and anti-Zionism is foundational to advancing understanding of anti-Semitism and protecting Jews from rhetorical and physical attack.

Yesterday, a 19-year old filled with hate, who claims responsibility for a recent mosque fire, targeted a synagogue.

Today, I will work to remind others that our common humanity precedes our religious
differences.

Certainly the enormity of what we face as a community can be overwhelming. But you may find comfort in recalling the words of the Pirkei Avot: “You are not obligated to complete the work, but neither are you free to desist from it (2:21).” Do good. Trust in the generations to come to carry on the covenant to better our world. And, in the meantime, know that each act of love, education, activism, and prayer shines light into darkness.

CARON BERKLEY IS A CONTRIBUTING WRITER TO JLIFE MAGAZINE.