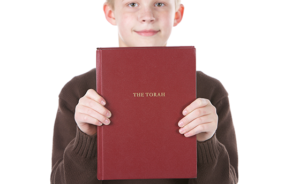 “OVER THE PAST few years, Jewish education has undergone huge paradigm shifts,” states Sue Penn, Director of Congregational Learning at University Synagogue and co–president of a local branch of the Jewish Education Association “What worked 25 years ago no longer works today.  Jewish education had to evolve along with the changing roles of Religious Institutions and that has caused us to all put our best foot forward.”

Jews brought many traditions to America and of course study was one of them. But it was Torah study, most exclusively for men. This sharp gender division began to change as a result of the Jewish Enlightenment that started in Germany in the mid-eighteenth century and gradually moved eastward.  These new schools founded by the Jewish Enlightenment developed a new curriculum. Instead of focusing on Talmud study, the emphasis became Bible study, the principles of the Jewish religion, and the correct use of Hebrew.

As the Jewish Women’s archive points  out,  “the Jewish immigrants from Eastern Europe who were the dominant immigrant group after the 1870s generally came from small towns and villages which the new educational movement was slow to reach. For them the one-room schoolhouse (heder) in the teacher’s dwelling remained the basic form of education for boys.”

These German immigrants influenced the educational philosophy and practice of American Judaism.   “Modern Jewish education began at the turn of the twentieth century, when a new type of Jewish school appeared. The new Hebrew school, however, emphasized the study of the Hebrew language and the Bible, along with modern songs and religious practices described as “‘customs and ceremonies. Plays and pageants were prominent in the curriculum. The influence of cultural Zionism also permeated these schools.” (Jewish Women’s Archive)

By the end of World War II, Jewish education had changed from what it had been a few decades earlier. Underlying these changes were the social and economic changes. As Jews began moving from the dense urban neighborhoods into the newer suburbs, the traditional Talmud Torahs dwindled and disappeared. Instead of the five days a week of school, the afternoon congregational school emerged meeting only three times a week. Additionally, many Sunday schools broadened beyond one day weekly.

“At the dawn of the twenty-first century,” commented Penn, “Jewish educators are working hard to find the most effective ways to provide a Jewish education in only two to six hours per week and making strides towards creating innovative, effective models for Jewish learning.” As a result many schools are turning towards more experiential education, in which students learn Jewish studies through the creative arts.

“Gone are the Religious Schools of the past where your aleph-bets were drummed into you and you hated attending,” said Penn.  “Many institutions have now transitioned to more of an experiential, project based learning model of Jewish Education.” Today, while still focusing strongly on content and skills, Religious Schools teach their students through carefully constructed learning experiences that allow for the success of each participant.

While there are still remnants of the Eastern European Talmud Torahs in ultra-orthodox communities, for the most part the majority of congregational programs have changed. Educational programs now focus on being engaging and exciting, and using a blend of various media and innovative approaches. All this is designed to make religious education relevant and meaningful and instill in students the desire to attend and learn.

Rabbi Florence L. Dann, Beit Sefer Director of Temple Beth Israel of Pomona has been a contributing writer to Jlife since 2004.