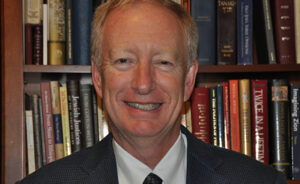 Every spring, the synagogues, schools and other women’s organizations that make up the Jewish Federation of the greater San Gabriel and Pomona Valleys come together at the Jewish Federation’s Annual Women’s Forum to celebrate the extraordinary contributions women in our Jewish community have made.

This year’s keynote speaker will be Dr. Marc Dollinger, professor of Jewish Studies and Social Responsibility at San Francisco State University. He is a widely sought speaker on Jewish activism and engagement as a means for counteracting anti-Semitism on college campuses and in the broader community. Dollinger’s primary research focuses on the history of Jewish political and civic engagement in the US, and the emergence of Jewish activism in and after the civil rights era. His latest book, Black Power, Jewish Politics: Reinventing the Alliance in the 1960s (2018, Brandeis University Press), challenges the commonly held narrative of Black-Jewish cooperation in the Civil Rights movement and how the relationship splintered in the 1960s when the Black Power movement split off and rejected Jewish participation.

Dollinger says that taking a deeper look at the actual history of the Black-Jewish alliance reveals more nuances than are commonly taught to religious school students even now. The son of progressive parents, he says he grew up hearing the standard story of how Jewish progressives, notably Rabbi Abraham Joshua Heschel, joined forces with Dr. Martin Luther King, Jr. in the 1950s to launch the civil rights era. He retained the naïve expectation that that early alliance of Heschel and King was still in force somehow until he arrived at Berkeley for college in the early 1980s and proposed starting a dialogue with a member of the African Student Union. The other student laughed and then explained why it “wasn’t likely to fly.”

That early experience forced him to reevaluate what he thought he knew, and it took root in his academic career path as a historian, ethicist, and an active member of the larger Jewish community. Not only does he hold an endowed chair at SFSU, he serves on numerous Jewish community boards, from Bay Area day schools and camps to Lehrhaus Judaica and the Bay Area Jewish Healing Center. In 2008 the San Francisco Jewish Community Federation named him Volunteer of the Year and the San Francisco JCRC gave him their 2015 Courageous Leader award for his work against the BDS movement. In addition to his academic interest, Dollinger currently serves on the California advisory committee to the United States Commission on Civil Rights.

Contrary to the usual understanding, the Black Power movement’s rejection was not the end of the road for Jewish activism on civil rights, says Dolinger. In fact, many Jewish leaders, both liberal and conservative, took inspiration from the Black Power movement’s self-determinism despite its anti-Semitic overtones and began to reject the assimilationism and universalism that had been the mainstays of all but the Orthodox in the 1950s.

He contends that the rise of Black Power spurred Jews to take pride in their Jewish identity and speak up more openly for Jewish interests in the public square. In addition to reviving American Zionism, some of the surprising outcomes Dollinger ties to this shift include the Jewish ethnic revival, captured best by The Jewish Catalog, marches and political pressure on the federal government to negotiate for the release of Soviet Jewry. Other outcomes include the havurah movement, greater participation and more gender equality in services across denominational lines, and the rise in Jewish day school education from the 1970s onward.

“This book is really about defining Jewishness and Americanness, and how much of our Jewishness is really Americanness in disguise,” he explains. “My thesis is that American Jews tend to follow the political trends around them. The 1950s, after WWII, were about fitting in and be as American as possible, so Jews assimilated, and progressive Jews were trying to universalize civil rights. In the late 1960s, with the rise of Black Power, Jews became more Jewish. The weird irony is that the assimilation of the Jews of the 1950s was actually similar to the isolation of the Jews of the 1960s because in each age they were really following the dominant trend.”

“The idea for this book came from my dissertation on Jews and liberalism in the 20th century,” says Dollinger. “I was fascinated with the last chapter on the 1960s, and wanted to write a whole book just about that, but it took 20 years.” In between, he has written several influential books on American Zionism, Jews and American politics, and California Jews and has counseled student groups and community leaders in how to combat anti-Semitism and anti-Zionism effectively on campus without quashing free speech and academic freedom.

Dollinger notes that we’re entering a new era in African-American and Jewish relations. In a late chapter of his book, he notes that not only do we have a responsibility to reconsider and strengthen our relationships with other minority groups, we have yet to fully acknowledge and accommodate the increasing multiracial identity of our own.

“Sadly, it may be the rise of anti-Semitism in our time that gives Jews the idea that it’s good to reengage the alliance. Most Jews in America are white and that makes a difference. But there are deeper issues around Jews than whiteness.”

Dollinger notes that his book, which uses the Black Power movement as a lens to look at the rise of Jewish pride in the 1960s and after, comes at the 50th anniversary of the collaboration between Heschel and King,

“I think Jewish relationships to racial equality is a really important topic that’s in the news now with a lot of really good energy around it. My hope is that Black Power, Jewish Politics might give people an opportunity to look at the Jewish experience through a different lens than they probably had growing up and provide a new path to start collaborating politically.”
The Annual Women’s Forum takes place on Thursday, March 14 from 9:15 a.m. – 1:00 p.m. at the Courtyard Marriott in Monrovia. For reservations and more information, contact the Jewish Federation office at 626-445-0810, federation@jewishsgpv.org, or visit www.jewishsgpv.org.

DEBORAH NOBLE IS A CONTRIBUTING WRITER TO JLIFE MAGAZINE.