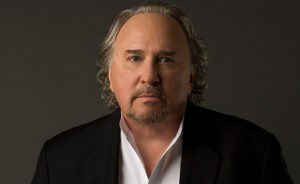 WHEN THE RITCHIE BOYS began joining American World War II combat units in the early 1940s, Army officers were hesitant to give them guns and fellow soldiers harassed them for sounding like the Nazis.

But the German-born Jews–who had been trained in special interrogation techniques–would go on to change many minds and save American lives, ultimately helping to defeat Adolf Hitler and win the war.

“They sure proved their worth when it came time to get information out of the prisoners,” said bestselling author Bruce Henderson during an August interview on the Ritchie Boys, the subject of his new book Sons and Soldiers.

Henderson, who has written more than 20 nonfiction books, will visit the University of La Verne and the Jewish Federation’s Annual Jewish Book Festival on November 12 to speak as part of the university’s Annual Kristallnacht Lecture series. The series focuses on Jewish history and connects the past to today’s challenges.

Henderson’s talk is also a part of the university’s Lyceum visual and performing arts series.

“Recent events in Charlottesville and other corners of the country have shown how much work we still have to do to eradicate ideologies based in racism and hatred,” said Dr. Lawrence Potter, dean of the College of Arts and Sciences. “We hope Bruce’s lecture, and the series as a whole, will open a window into history, provide context for where we stand as a society today, and spark thoughtful discussion on how we can address important societal issues.”

Henderson, who lives in California, has written on a wide range of topics, from true crime and mysteries, to stories he uncovered while serving during the Vietnam War. His books have been licensed for movies and television, and he appeared in 2010 as a guest on the popular Daily Show with Jon Stewart.

He is a former newspaper reporter, magazine editor, private investigator, and field producer for television news. He has taught reporting and writing at Stanford University and USC Annenberg School for Communication and Journalism, and is a member of the Authors Guild.

The talk is free and open to the public. It will be in the Sara and Michael Abraham Campus  Center on Third Street between C and D streets in La Verne at 4 p.m.