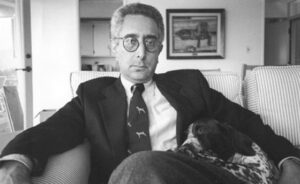 WHAT DO YOU get when you cross deadpan delivery with a keen sense of the modern political arena? Well, none other than Mr. Ben Stein. Known in popular culture circles for his extensive body of work in Hollywood, Mr. Stein has also managed a feat many have failed to pull off. He has navigated the rocky terrain of both “Tinsle Town” and the Washington D.C. “Swamp” (and has manged to live one heck of a life along the way). Jlife was very lucky to catch up with Mr. Stein to find out just “What Turns Ben Stein On” these days?
You have had a very interesting life and career to-date. You’ve been a speechwriter, actor, author, lawyer, a university professor… to name just a few, but you started your career as a young poverty lawyer in New Haven, Connecticut. Did that early experience shape the path of your career in any way? Well, in the briefest way possible, I started as an economist. I went to Columbia University in New York as an undergraduate and went on to Yale to study law. I also had a summer job at the State Department in betweeen college terms. While at Yale, I took some time off to recover and get treated for severe colitus. During that time, I worked for a year as a writer writing about economic policy and economic events for the Bureau of National Affairs. I also worked for the Department of Commerce and studied the trade relationships between the US and Canada.

I graduated from Yale in 1970 and initially worked as a poverty lawyer providing legal services to very poor people in New Haven, Connecticut. I moved on to work in Washington D.C. in the Office of Legal Services, which is part of a group that no longer exists. It was part of the effort to combat “the war on poverty.” We provided free legal services to people dealing with civil—not criminal—cases. Trouble with their landlords… things like that. I did that for a little less than a year and then I went on to work for the Federal Trade Commission as a trial lawyer working on false and deceptive advertising cases. That was a horrible job. But, while I was doing that I also taught part-time at American University in Washington, DC. That is by far my favorite. Some of the courses I taught covered the political and social content of film.

While I was at Yale, I was able to study and take several courses in film criticism and I had more or less developed my own method of analyzing films and their political content. Whether or not they contain implicit or explicit political content. Not the obvious examples like an explicit pro-Democrat film like “The Post,” but instead we focused on implicit political content. For instance, what was the secret political message of “The Godfather?”
Speaking of speechwriting, you had early success writing speeches for both President Nixon and President Ford? What was it like to be in the White house during those times and how was it different than today? Well, there’s not much similarity in the White House Adminstrations, but there is a lot of similarity in the way the media treats both. The media, during the Nixon Days, they just had smoking hot hatred and rage towards Nixon. However, today it’s more like a permanent sneer of condescension. In general, they behave as if they feel that well, “We’re just a hell of a lot better than you. We are just better human beings. We’re smarter. We’re better educated, we’re more compassionate, we’re real humans.”
Did your father, Herbert Stein, give you any pointers or advice before you met/worked with President Nixon? I don’t think so. I mean, I knew from his own experience working there, that he’d been extremely respectful to Mr. Nixon and to everybody there. And he expected me to do the same I suppose. And, I was extremely respectful to everybody there. I love them. They are very nice people. Some of them are still close friends of mine. I’m not really still friends with anyone from any of my other other past jobs the way that I am with a few special people from the White House And I worked there 40 years ago.
What was “Jewish Life” like in your home growing up and how did that compare to your level of observance now? My household was 100% Jewish. Both of my parents were Jewish. My ancestors have been Jewish for all eternity and we celebrated the Jewish holidays (the High Holidays). And when I was younger I belonged to a Jewish group and went to Jewish summer camp. But I’m not really the type to wear a tefillin and I don’t think I will be.
What does Israel mean to you? And are you pleased or displeased with the current Administration’s approach to relations in the Middle East? I love Israel. Aside from the United States, Israel is the most important country in the world to me. And I love the fact that Mr. Trump is moving the US Embassy to Jerusalem. It is long overdue and I think it’s fabulous.
You once stated, “Can anyone even remember now what Nixon did that was so terrible? He ended the war in Vietnam, brought home the POWs, ended the war in the Mideast, opened relations with China, started the first nuclear weapons reduction treaty, saved Eretz Israel’s life, started the Environmental Protection Administration. Does anyone remember what he did that was bad?” With that in mind, how do you think Nixon’s legacy will be remembered now? Well the media is dug in pretty deep with their views on the current Adminstration, I don’t think they will give much. However, I think Nixon is already being seen with a “kinder” lens. After all, President Nixon created the Environmental Protection Agency. He passed the Clean Air Act. He was by far, the leading environmentalist up until his time. It’s an interesting thing when you talk to young people and ask what they think of Nixon. Rarely do they say anything very hostile about him and usually they don’t even know why he’s considered a dirty word. They have no idea what his accomplishments were, no idea of the difficult situation the United States was in when he was in office and all the incredible strides he made towards unifying the country. I mean, he literally saved Eretz Israel in the Yom Kippur War.

What is your favorite thing to do in Southern California?

I love walking around this place called “The Grove.” It’s a shopping center a little bit east of where I live and I like watching the people happily walking around. We also have a house in Malibu, which has a spectacular view of the ocean. I love just sitting and taking in that incredible view. We belong to this great club as well where we have a beautiful view that looks out over the golf course of the Santa Rosa Mountains. I love that. I wouldn’t trade that for just about any place I can think of in the world. I’m also in a 12-step recovery group that I go to almost every day. But really, my favorite thing to do is just lie in bed with my wife and our German short-haired pointer named “Julie.”
Can you tell us what is coming down the pipe next? I recently finished writing another new book called “The Capitalist Code: It Can Save Your Life & Make You Very Rich.” It’s about the incredible importance of saving and investing and having capital in a capitalist society. You’re in a lot of trouble if you don’t have capital in this world. In general, my new book focuses on how to apply your capital and once you’ve applied it, how to invest it in a sensible way. It got a very good review from Warren Buffet as well. He’s a close friend. He read it and he gave me very nice comments. I was very happy about that.
Is there anything special you would like to tell our Jlife readers? I just want to reiterate how much I love and respect the field of teaching. It is just the best job that anyone could ever do. Out of everything that I have done in my life and all of the jobs that I have had… my teaching job at the American Institue in Washington, DC was absolutely my favorite job I ever had.
Tracey Armstrong Gorsky, MBA is a contributing writer to Jlife Magazine.

Come hear Ben Stein speak about his latest book “The Capitalist Code: It Can Save Your Life & Make You Very Rich.” This is sure to be a don’t miss event filled with all kinds of interesting facts, tips and tales from Mr. Stein’s many adventures in speechwriting, economics, writing, acting, teaching and so much more.
DATE: TUESDAY, APRIL 3
LOCATION: The Richard Nixon Presidential Library & Museum
18001 Yorba Linda, CA 92614
TIME: TBD

When the Terrorist Is Your Patient