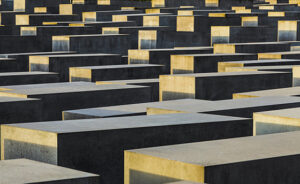 In the aftermath of the shooting at the Tree of Life synagogue in Pittsburgh, public figures grappled with how to understand the horrific act. Counselor to the President Kellyanne Conway, in a segment on Fox & Friends, as well as Columbia University administrators in an emailed statement, attempted to frame the massacre as an act of violence against people of faith. This inclination to universalize the atrocity, perhaps in order to make it relatable to Americans of different creeds, was at best, profoundly misguided and at worst, dangerously incorrect.

The attempt to link the Pittsburgh synagogue shooting to other acts of violence against worshipers is to ignore the unique legacy of Jew-hatred – both in its ancient forms as well as the modern, politicized incarnations. When analyzing bigotry against Jews, it is imperative to define terms. There certainly are connections between the age-old singling out of Jews for persecution – which has been referred to as “Judeophobia” – and the more recent, politically-tinged form, for which I’ll reserve the term “anti-Semitism.” In order to have a meaningful discourse about either, however, they must be properly identified and distinguished.

Judeophobia appears in many contexts in the historical record, but where it does rear its head familiar tropes are often found. “Christ-killers,” for instance, was a popular epithet used by monarchs and preachers to incite mob violence by Christian peasants against the ghettoized Jewish communities of Central and Eastern Europe during the Middle Ages. Blaming the Jews for the killing of Jesus was also common practice in Catholic parts of Europe well into the 20th century, until the Second Vatican Council repudiated the “collective guilt” doctrine in the 1960s.

The “blood libel” – the accusation that Jews kidnapped, murdered, and used the blood of gentile children in the making of matzoh – was another widespread phenomenon in Medieval Europe. Kings and princes utilized this dangerous rhetoric in order to redirect the sometimes-legitimate anger of the peasantry over problems that the ruling class had failed to adequately address, such as famine, epidemic, or corruption. Similar to the stigma of “collective guilt,” this unfounded allegation was often pronounced by royal decree, metastasized at the pulpit, and ultimately resulted in the perpetration of atrocities.
The accusation of usury – lending money with an unreasonably high interest rate – was also commonly leveled against the Jews of Europe. This was partly a result of Jewish law which only allowed for the charging of interest to non-Jews. Christian borrowers were undoubtedly resentful that they were charged interest on loans from Jewish lenders while Jewish borrowers were not.

To understand the historical baggage behind the claim of usury, one must also understand that, in most cases, the Jews of Medieval Europe were barred from owning land or being admitted into trade guilds. As a result, the only avenue with which Jews could achieve financial security was the accumulation of material wealth such as precious metals. This created a dynamic in which Jews were often the most convenient lenders to kings and princes who sought to wage a military campaign, or build a new palace or cathedral, but lacked the funds to do so. Rather than repaying their debts, rulers would often concoct a narrative – weaving together a deadly combination of the aforementioned Judeophobic tropes – in order to foment mob violence against entire Jewish communities.

Renowned scholar Ruth Wisse distinguishes anti-Semitism as a political ideology used to unify disparate groups around a perceived common enemy, in this case the Jews. While perhaps in some ways overly-specific, I consider this a useful lens under which to examine various bouts of hostility and violence toward Jews in the modern era. With this framework, one of the earliest, most widely recognized occurrences of modern anti-Semitism was the railroading of Alfred Dreyfus – a Jewish-French artillery officer – by a French military tribunal in the waning years of the 19th century.

This episode is particularly apt when examining the history of anti-Semitism because of its foundation on the unfounded allegation that Dreyfus passed military secrets to the German Empire. The French required a scapegoat on whom to blame a series of embarrassing military setbacks, and Dreyfus’s Jewish background made him particularly vulnerable to the accusation of treason. The idea that Jews are fundamentally disloyal to the nation-state that they inhabit, unfortunately remains prevalent in many societies around the world today.

Hatred of Jews has been a universal phenomenon throughout history. It has appeared and led to heinous violence in widely disparate contexts and societies that bare no apparent unifying traits. The Jews of Eastern Europe were perpetually segregated in shtetls or ghettos, maintained a devout adherence to their ancient faith, and were subject to regular pogroms by neighboring Christian communities. On the other hand, the fates suffered by Alfred Dreyfus or the Jews of Berlin in the 1930s showed that assimilating, and evolving religious traditions to better comport with a secular national identity, was not an adequate bulwark against the demonization that Jews have experienced throughout time. One of the commonalities between the so-called “Dreyfus Affair” and the reasons given for Nazism’s underlying antipathy toward the Jews was a paranoia that Jews were hiding in plain sight, subverting or polluting the popular culture with “foreign values,” and had infiltrated the highest echelon of government.

As the author Gustavo Perednik explains in his seminal work, “Judeophobia: Anti-Semitism, Jew-Hate, and Anti-Zionism,” hatred of the Jews is distinguished from other common forms of racism and prejudice by its dependence on contradictions and conspiracy theories: “The Jews were accused by the nationalists of being the creators of communism; by the communists of ruling capitalism. If they live in non-Jewish countries, they are accused of double-loyalties; if they live in the Jewish country, of being racists. When they spend their money, they are reproached for being ostentatious; when they don’t spend their money, of being avaricious. They are called rootless cosmopolitans or hardened chauvinists. If they assimilate, they are accused of being fifth-columnists, if they don’t, of shutting themselves away.”

In recent years many countries around the world have experienced a rise of far-right populism characterized by a particularly virulent form of “blood and soil” nationalism. Across the European continent and beyond – in Italy, Chechnya, Turkey, the Philippines, and Brazil to name just a few – we’ve seen a disturbing trend toward the type of “strongman politics” largely to blame for the catastrophes of the 20th century.

It is particularly concerning to witness a resurgence of ethno-nationalist political parties in the very same places where the most calculated and bloody exterminations of the modern era were carried out. While not all of these contemporary movements have been tainted with outright anti-Semitism per se, the organization of nations along linguistic or ethnic lines had tragic consequences for the Jews in the 19th and 20th centuries. For Jews living in the diaspora, the world’s backward trajectory toward fragmentation and tribalism should set off alarms.

Anyone who still finds comfort in the inane platitude that “it couldn’t happen here,” should be reminded that more than 20,000 Americans filled Madison Square Garden to voice their support of the Third Reich at the height of its power in 1939. And now, with a political discourse hijacked by the most vitriolic orators, we seem to find ourselves in a moment not unlike Berlin in the late-‘20s and early-‘30s, when fascist and communist gangs clashed in the streets and bombs were a method for silencing political opponents.

Before opening fire at the Tree of Life synagogue in Pittsburgh, the shooter shouted, “All Jews must die.” In the aftermath of the horrific hate crime, the murderer’s social media activity was analyzed, and it was discovered that one of the reasons he targeted Jews was in response to an organization called the Hebrew Immigrant Aid Society.

A popular chant of the alt-right and other white nationalist groups that marched in Charlottesville was, “Jews will not replace us.” To comprehend this paranoid delusion, one must understand where this anxiety about being “replaced” stems from. It is common knowledge that Jews only make up about 2% of the total United States population. The fear of white nationalists is not that the birthrate of Jews is outpacing that of Christians. They believe “Jewish globalists” are orchestrating a wholesale demographic replacement of white people by brown and black immigrants.

When viewed through this lens, the Jewish commitment to be compassionate to the “other” is not understood as a natural response by a community that can empathize with being a “stranger in a strange land.” It is instead distorted into some kind of pernicious plot to overthrow the white Christian hegemony in the United States and Europe.

Like all terrorists, the Tree of Life shooter’s goal was to instill fear in the hearts of his targets, in this case Jews. In the wake of the horrific act, if Jews and Jewish organizations decide that it’s just “too risky” to be seen as aligning with causes that benefit immigrants or refugees, the terrorist will have achieved his goal. Instead we must show that we will not be cowed by fear, and that our commitment to the marginalized and dispossessed runs as deep as ever.

PERRY FEIN IS A CONTRIBUTING WRITER TO JLIFE MAGAZINE.