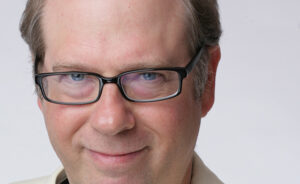 JOIN THE JEWISH FEDERATION of the Greater San Gabriel and Pomona Valleys for their 19th Annual Jewish Book Festival running on various dates from Oct. 29 through Dec. 2 at participating synagogues around Southern California. Still the only community-wide and community-sponsored Jewish literary festival in the greater San Gabriel and Pomona Valleys, The Jewish Book Festival brings the best new writing from Jewish authors on top-ics of Jewish interest. History, Israel, politics, art, social commentary, science, food, humor, music, family and more—it is all here.

The Jewish Book Festival is a labor of love and teamwork from the book festival committee, the Literary Circle, the Jewish Federation staff and the dedicated members of the board. Jewish Book Festival Commitee Chair, Myra Weiss states the Federation is most thankful for the enthusiasm of community readers who come to the events, shop at the Festival bookstore and spread the word about all the events.

Here are some highlights of this year’s festival:

My Adventures With God by Stephen Tobolowskey | Temple Beth Israel of Pomona:

The book festival features a night of storytelling from actor, Stephen Tobolowsky, as he reflects on his youth as a Jewish kid in Texas, his early years as an actor, his marriage and fatherhood. Tobolowsky explores love, catastrophe and triumph through the lens of his evolving relationship with the mystery that is “God.” Tobolowsky is a prolific character actor with over 250 appearances in movies (“Groundhog Day,” “Mississippi Burning,” “Memento” and TV shows (currently both “Silicon Valley” and Norman Lear’s remake of “One Day at a Time”). This event will be held on Sat, Nov. 4 at 7:30 p.m. at Temple Beth Israel of Pomona.

David and The Philistine Woman by Paul Boorstin | Beth Shalom of Whittier:

David, relegated to shepherd’s work, is the youngest in a family of soldiers battling the Philistines. When the rejected prophet Samuel arrives in secret to anoint him the next ruler of Israel, David is set on a collision course not only with Goliath but Goliath’s wife, the Philistine woman. Following in the footsteps of Mary Renault, acclaimed documentary filmmaker Paul Boorstin reads between the lines of both biblical accounts and ancient history in this vivid imagination of King David’s life and his rocky ascent to power. Paul Boorstin’s documentaries include award-winning work for the A&E Channel, the History Channel and National Geographic.

The Weight of Ink by Rachel Kadish | Temple Ami Shalom:

Two historians find letters written by a blind rabbi 300 years ago in Shakespeare’s plague-ridden London. As they pursue their research, they discover something even more unusual: the rabbi’s scribe was a woman. The Weight of Ink draws us into the life of Ester Velasquez, an émigré from Amsterdam, in 17th century London.

Known for her award-winning novels, Tolstoy Lied and From a Sealed Room, Rachel Kadish is a National Endowment for the Arts fiction fellow and visiting scholar at the Brandeis-Bardin Women’s Study Research Center. Her writing has appeared in Tin House, Ploughshares, Zoetrope, The New York Times, and the Pushcart Prize Anthology.

For more information on these and the many other festival events happening visit the Community Calendar tab on the Jewish Federation of the Greater San Gabriel and Pomona Valley’s website at https://jewishsgpv.org.